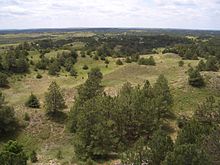 Nebraska…..Honestly it’s not for everyone.  Yes, that is their new slogan.  Nebraska is a state that lies both in the Great Plains and in the Midwestern United States. It is bordered by South Dakota to the north; Iowa to the east and Missouri to the southeast, both across the Missouri River; Kansas to the south; Colorado to the southwest; and Wyoming to the west. It is the only triply landlocked U.S. state.

Nebraska’s area is just over 77,220 square miles with a population of almost 1.9 million. Its capital is Lincoln, and its largest city is Omaha, which is on the Missouri River.

The state is bordered by South Dakota to the north; Iowa to the east and Missouri to the southeast, across the Missouri River; Kansas to the south; Colorado to the southwest; and Wyoming to the west. The state has 93 counties and is split between two time zones, with the state’s eastern half observing Central Time and the western half observing Mountain Time. Three rivers cross the state from west to east. The Platte River, formed by the confluence of the North Platte and the South Platte, runs through the state’s central portion, the Niobrara River flows through the northern part, and the Republican River runs across the southern part.

The first Constitution of Nebraska in 1866 described Nebraska’s boundaries as follows (Note that the description of the Northern border is no longer accurate, since the Keya Paha River and the Niobrara River no longer form the boundary of the state of Nebraska. Instead, Nebraska’s Northern border now extends east along the forty-third degree of north latitude until it meets the Missouri River directly.)