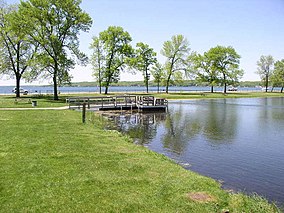 Big Foot Beach State Park is a state park of Wisconsin, United States, on Geneva Lake. The park is used primarily for swimming, camping, and fishing.
The beach and park are named for Chief Big Foot (a translation from the Potawatomi Maumksuck (Mmangzed), also known in French as Gros Pied), an early Potawatomi leader in the area until forcibly relocated in 1836. Big Foot Lake was the original English name of Geneva Lake. 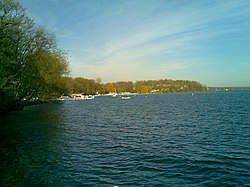